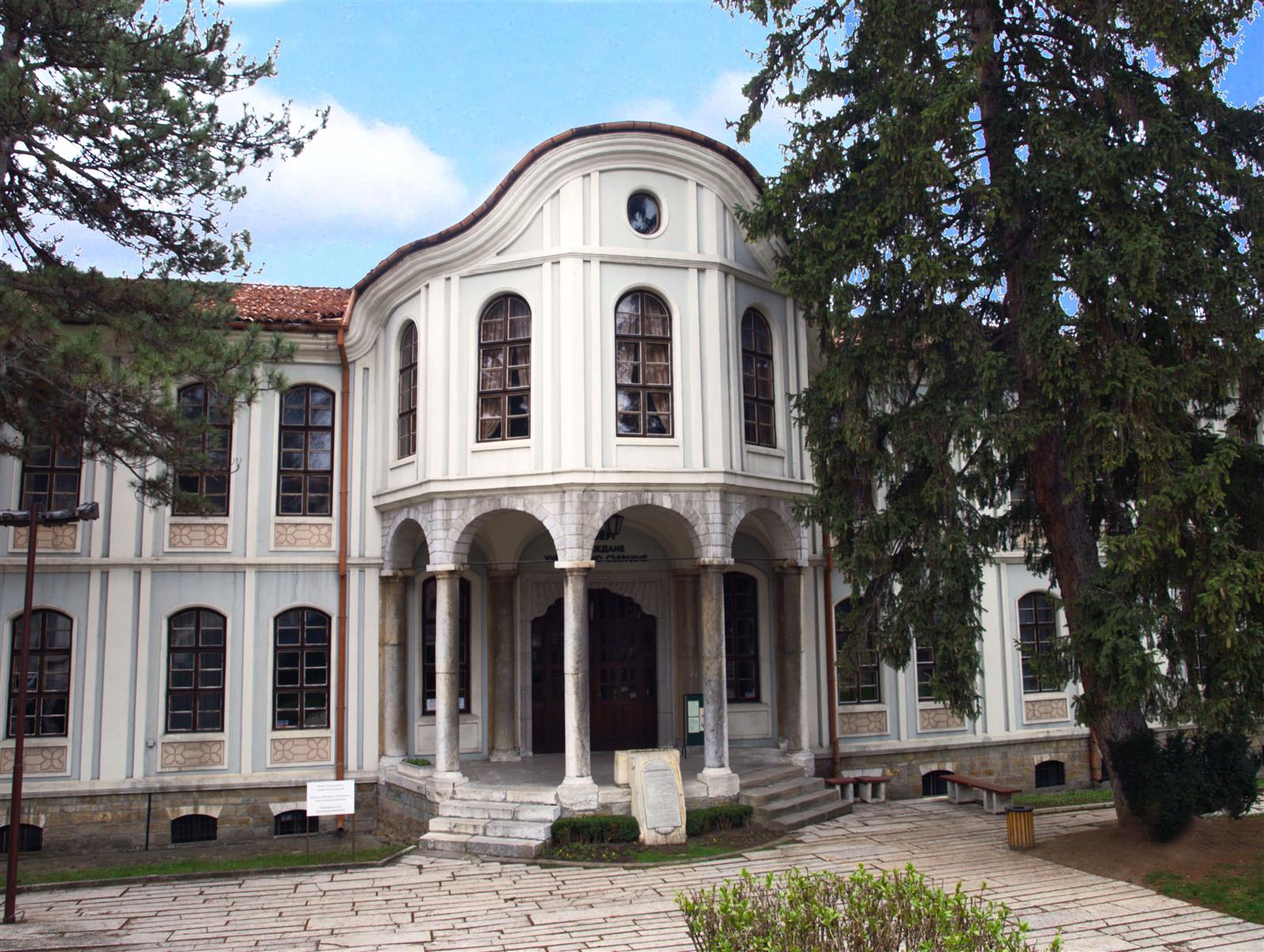 Museum of the Bulgarian Revival and Constituent Assembly

The museum will not accept visitors in the period between 12.09.2022 and 18.05.2023 due to activity on the project "Reconstruction and renovation of the Мuseum of the Bulgarian Revival and constituent assembly".

The Museum of the Bulgarian Revival and Constituent Assembly is in the north side of the square “Saedinenie” in Veliko Tarnovo. Its collection is housed in the old Turkish “konak” – the building where the Turkish authorities were. This architectural monument was built by the famous Revival muster builder Kolyo Ficheto in 1872. The entry of the cross formed building is from the north side. The steep terrain determines the interesting location of the building – it has two stories to the north and four to the south. The building was transformed in museum in 1985.

The exhibition is situated on three floors. The development of the Christian art during the period of Ottoman domination is presented in the east part of the first floor. The point is on the impressive collection of icons: works from the middle of the XVI th c., painted by artists of the School of Arts in Tryavna, icons-primitives and icons of the first academic educated artists – Stanislav Dospevski and Nikolay Pavlovich. The achievements of wood – carving masters could be seen also.

In the west part of the hall is presented the economic development of Tarnovo and the region in the period of the Renaissance. Various objects of the goldsmith’s , pottery, blacksmith’s , leather-making etc. are shown. We can see also the links of the home and the foreign trade of the local merchants as well as the beginning of the factory production. Photos and models of public and residential buildings are placed too. The accent is on the monuments built by the known Revival muster Kolyo Ficheto.

On the second story there is an exposition of documents and objects which trace out the participation of the people of the area of Veliko Tarnovo in the struggles for liberation during the time of the Ottoman domination. Some exponents of famous Bulgarian revolutionaries could be seen there. A separate hall is dedicated to the fight for independent Bulgarian church.

On the third floor is restored the hall of the Constituent Assembly. This is the place where the First Bulgarian Constitution was worked out and signed in 1879.