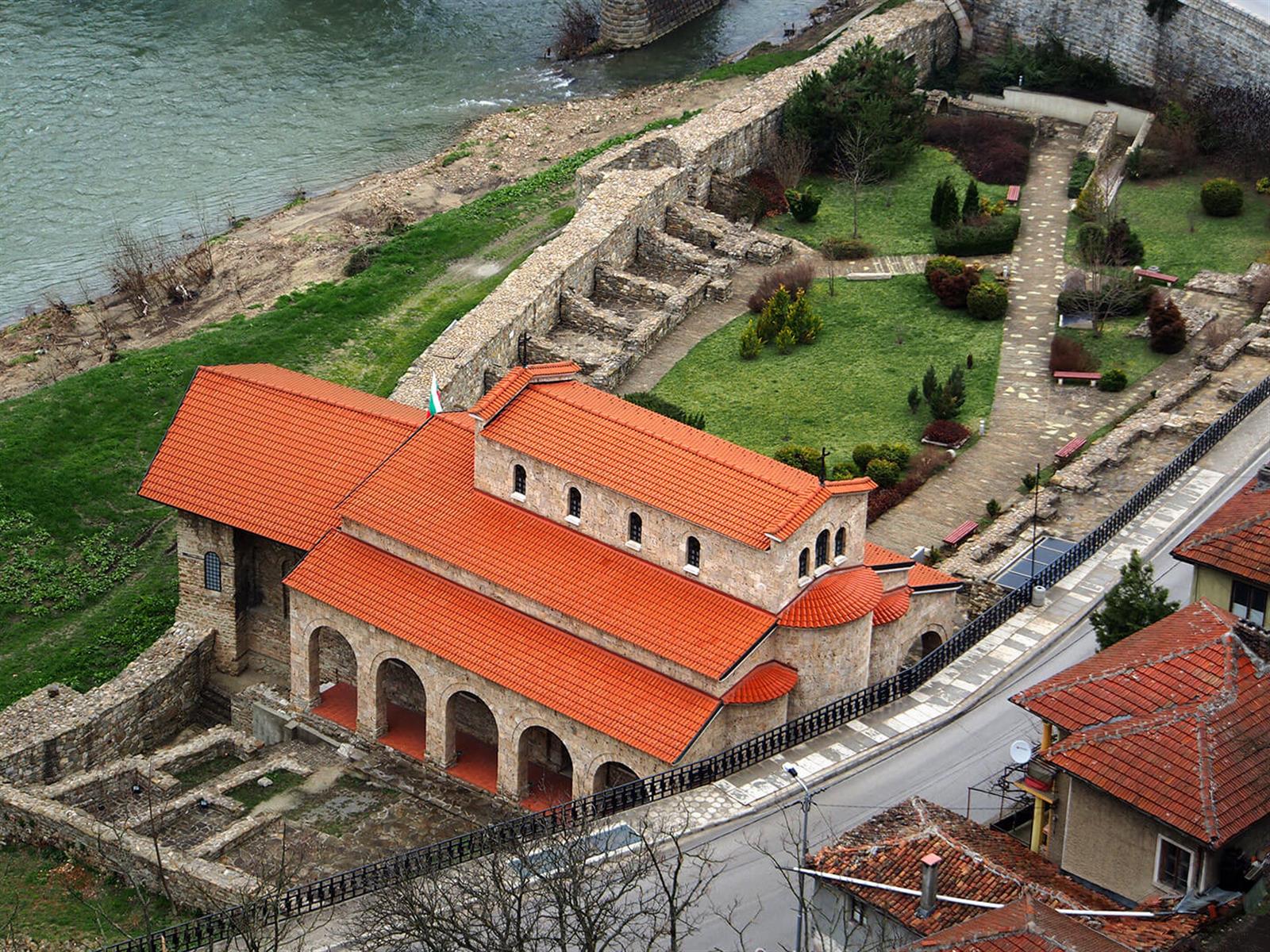 The Holy Forty Martyr’s church was built and decorated with murals by the will of the Bulgarian tzar Ivan Asen II, to commemorate his victory over the king of the Epirus kingdom Theodor Comnenus in 1230. In the middle of the XIII century, around the church was erected the royal monastery of the Great Laurel. The church became a centre of a series of important events and its nave comprises the most significant tokens of the Bulgarian history – the coloumns of khan Omurtag (815 – 831), of khan Krum (803-814) and of Ivan Asen II with inscriptions on them. During archeological researches were unearthed the tombs of significant medieval persons. The biggest interest drew the grave the Bulgarian king Kaloyan, who was assassinated during the siege of Thessaloniki in 1207. After his death his body was solemnly carried to capital, where he was buried with honours. In the church were also the graves of one of the greatest Bulgaria’s rulers – Ivan Asen II and his wife Anna – Maria. The church was the place where the relics of St. Sava of Serbia and St. Ilarion of Muglen were kept. Consequently the body of St. Sava was transferred to Serbia but his grave is still an attractive point for pilgrims. One of the most important events held in the church was the pronouncing of the Bulgarian independence on the 22 nd of September, 1908.