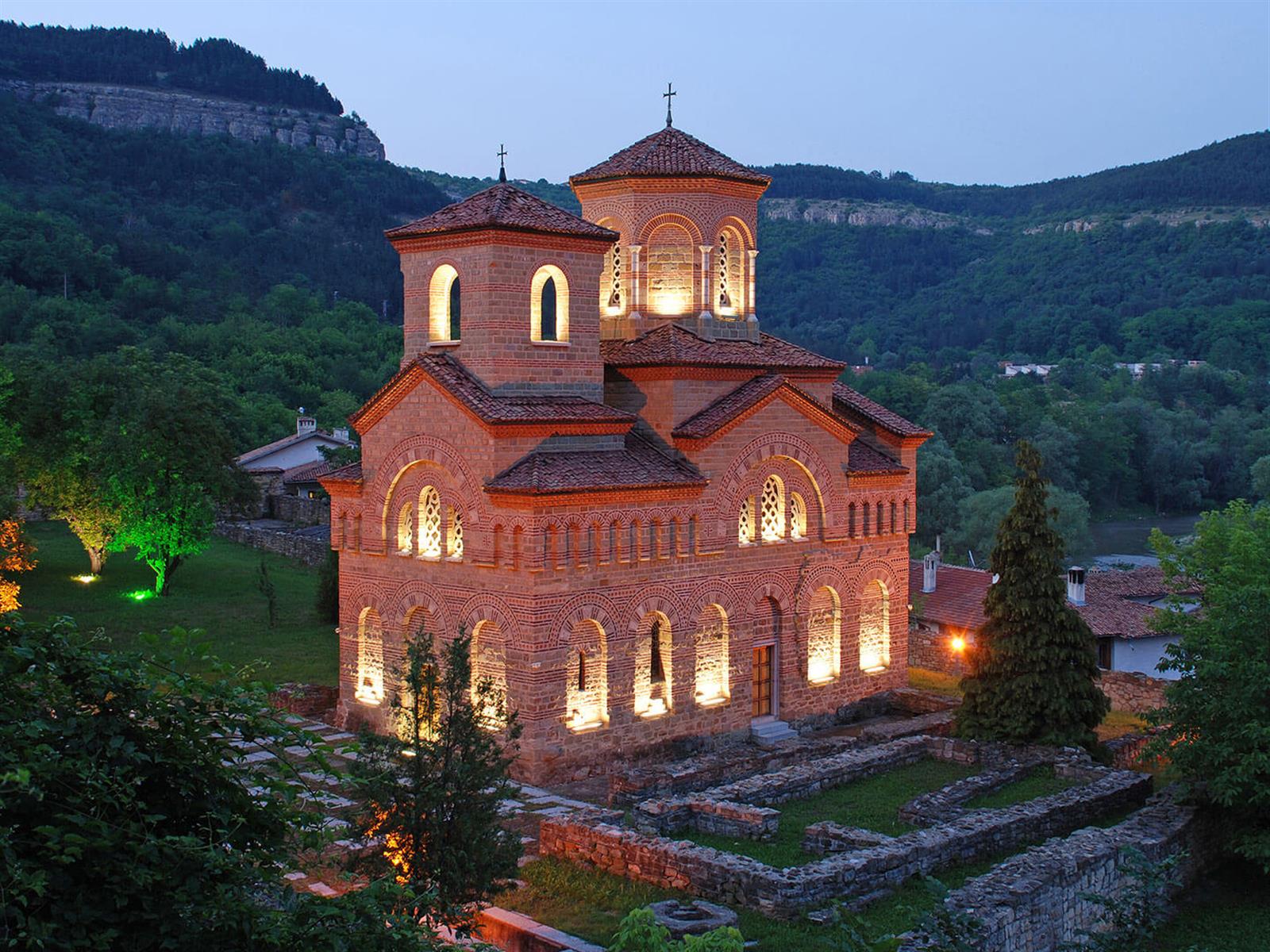 The first scanty information about the church of St.Demetrious we can obtain from the works of the Byzantine chroniclers Niketas Choniates and Theodor Skutariotes .They related the building of the church to the rebellion of the two brothers Assen and Peter in 1185-1187.

The church was destroyed during a very strong earthquake on the 1-st of June 1913. Only parts of the altar’s walls survived.

The first traces of living in the area date back to the late Bronze age (XIII B.C)Some remains of dwelling places and a Thracian sanctuary have been found during the excavations. A big complex for ceramic manufacture existed in the yard before the proclamation Tarnovo as a capital.

The church of St. Demetrious has a cruciform dome with a “tight” cross. It consists of a shorten naos , a narthex and two galleries running to the north and south. The two entrances of the narthex lead to the naos. The altar is shaped as a five-wall apse and facing to the east. Two niches are built on its both sides.

Soon after the church was built it was extended in a monastery complex. It existed a century. The church and its area were reconstructed several times in the period XIII – XVII c.

The church was rebuilt in its present view in the period 1976-1985 by the project of architect T. Teophilov.