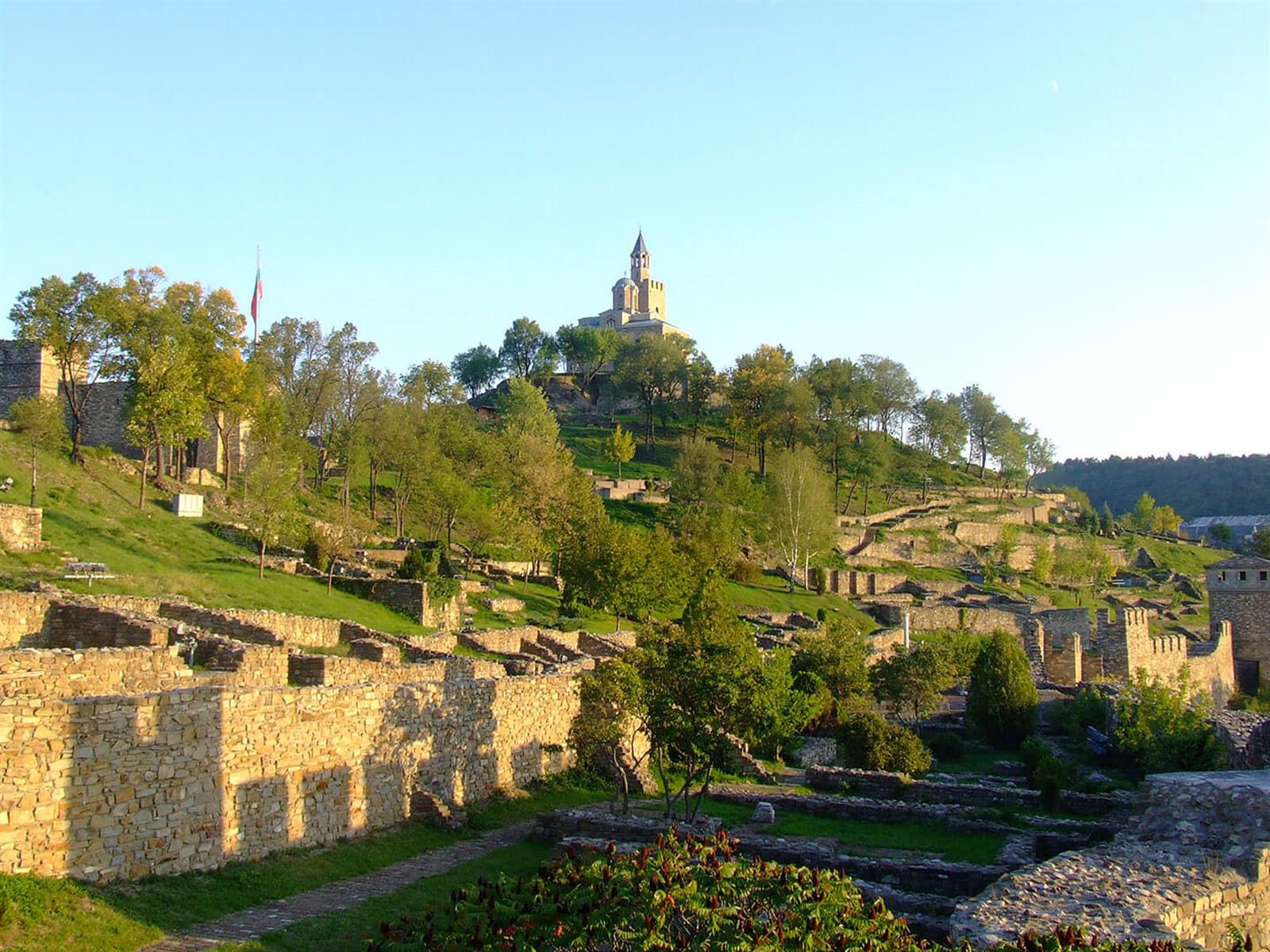 RECOMMENDATIONS FOR THE SAFE VISITE OF THE HILL OF TSAREVETS

Even though there were safety measures on the hill during the Middle Ages. They were not the same as they were nowadays.

The restored architectural monuments exhibit the old time environment as authentically as possible. That is why the visitors have to walk carefully and not to forget that some places are dangerous.

For more than two centuries Tarnovo is the capital of the Second Bulgarian Kingdom (the end of XII – XIV century.). It is the center, where were decided the most important political, religious, administrative and cultural issues in the life of the mediaeval state. Contemporaries spare the epithets calling it “Bogospasniy Tarnovgrad” “Great Tarnov”, “Queen of the Cities” “… second in words and deeds after Istanbul,” its fame wore in distant lands, reaching to the “North Ocean”.

The territory of the city Tarnovo that has been inhabited since ancient times became a metropolitan center after the restoration of the Bulgarian state in 1186. It is chosen because of its strategic location, the vast area for development and the fact that at the end of XII century it is one of most fortified cities. This provides good opportunities for its development as large and populous urban center. The capital city extends over the fortified with powerful walls hills Tsarevets, Trapezitsa, Momina fortress slopes to the natural water barrier of Yantra river and its terraces.

The dominance of Tsarevets Hill and its natural inaccessibility have determined the choice here to be the center of supreme control of the state. A complex defense system is ensuring the safety of people living in the castle. The main entrance to the interior is from the west. It is protected by four consecutive gates and towers over them. There was a drawbridge before the first gate. Close to the inner gate are the barrack-rooms.

A dominant place in the palace and fortress occupied the royal complex and the patriarchal complex. In the palace of Bulgarian kings live the mediaeval rulers and their associates, who draw up and implement the overall policy of the state. It is the most impressive and monumental ensemble in the capital, with area of 2872 square meters. During XII – XIV century it underwent several renovations. It is protected on all sides by a massive fortress wall and towers. There are buildings with ornate facades inside. The throne-room and the private chambers of the ruler have magnificent interior. The king’s administration offices and a number of buildings with food, hygienic and economic purposes were in the palace. The relics of the revered Bulgarian saint – St. Petka were in the royal church. Some of the Bulgarian kings ruled in the XIV century are buried in this temple.

The administration of the church life is realized from the Patriarchy – the “mother of all Bulgarian churches”. Surrounded by fortified walls and towers the patriarchal complex occupies an area of 2413 square meters. There were the library, the scriptorium, the dwellings and offices of the patriarch and the monks’ cells. The Patriarchal Church “Ascension of Christ” with a bell tower is located in the middle of the courtyard. It also kept the relics of St. Michael Voin and some canonized saints – Bulgarian Patriarchs Joachim I, and Joachim Macarius III.

The rest of the fortress was built tightly. Archaeological excavations have uncovered the foundations of 470 residential buildings, architectural complex inhabited by senior Bulgarian aristocrat, an inn. During the metropolitan period in the castle there were 23 temples and 4 city monasteries. Their facades have been implemented in the typical for the period picturesque style and inside they were covered with magnificent frescoes. Nowadays can be seen fully restored patriarchal church “Ascension of Christ”. The frescoes inside it are the work of the artist Theophanes Sokerov. There are presented in large-scale compositions personalities and the most important moments of medieval history.